a community that supports & promotes DJs whilst pushing for gender equality.

Founded in January 2019 by Holly Hollister, Selextorhood has spent the past year crafting a workshop format which is accessible for every ability and works for any style of DJing.

We invite guest DJs to host the workshops – to demonstrate how they mix on chosen equipment and offer informal, one to one tutoring during the session. Previous hosts include Jossy Mitsu, Roman Candles, Erica McKoy, Re:ni, Romo Weeks and Frenetic.

Through our open decks sessions we provide a supportive platform for new DJs to take the next step. We recognise that change is needed throughout the music business, as well as at the grassroots and that men have a role to play too. By putting on talks for a mixed audience with womxn who have experience in the industry, we hope to inspire and empower change in the womxn and men that attend.

We also collaborate with promoters in Birmingham and have held meet and greets at Cafe Artum with Ruby Savage and Eclair Fifi, Danielle and talks with IMOGEN and Yazz Ahmed. 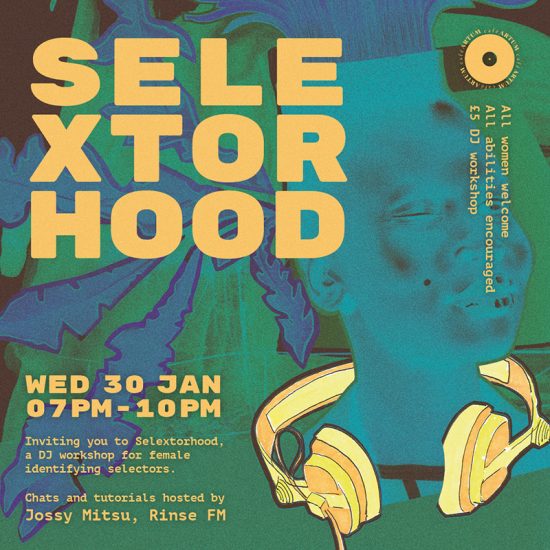 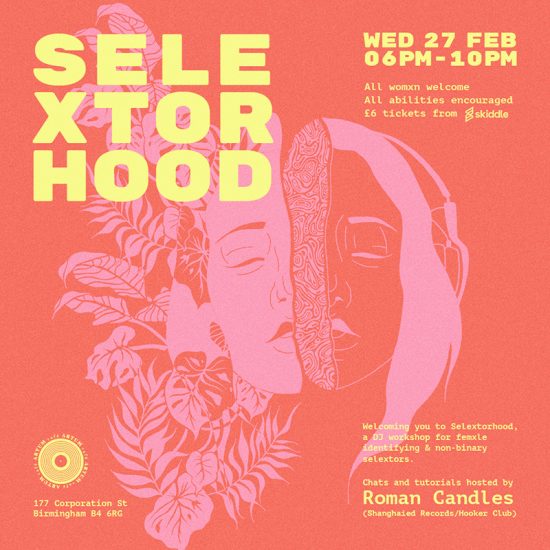 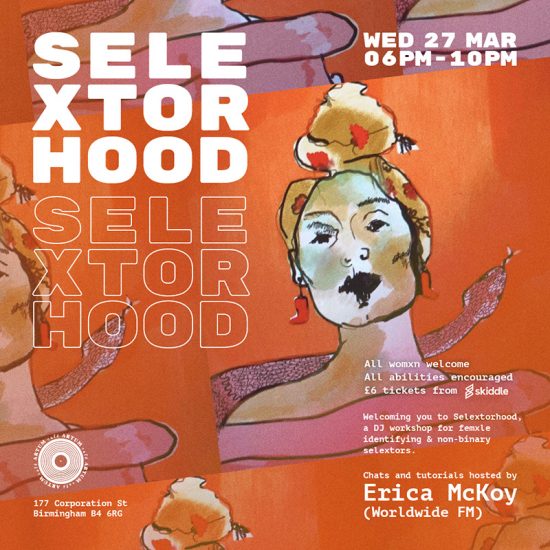 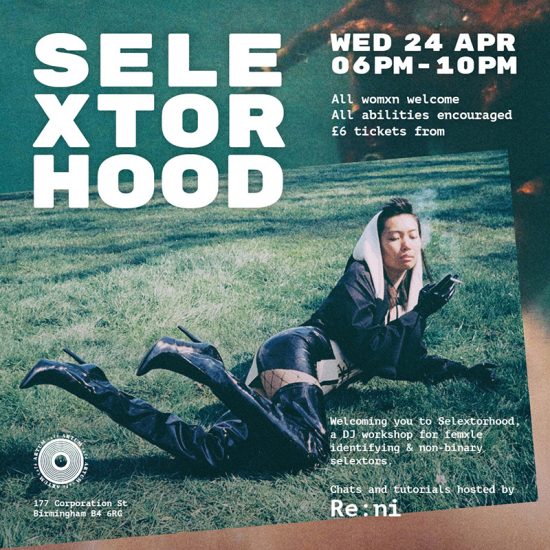 The Selextorhood are also a group of practising DJs. We curate SLX takeover events featuring our DJs and also offer members access to regular gigs through our network.

Selextorhood DJs play some of Birmingham’s most respected venues and events, opening for the likes of Carista, Ben UFO, Madam X and Gilles Peterson, and can often be spotted playing out around the UK and abroad. You can book them for individual sets through our Selextors page.

We hold monthly, three hour workshops at Cafe Artum for our community to practice on DJ equipment and socialise! 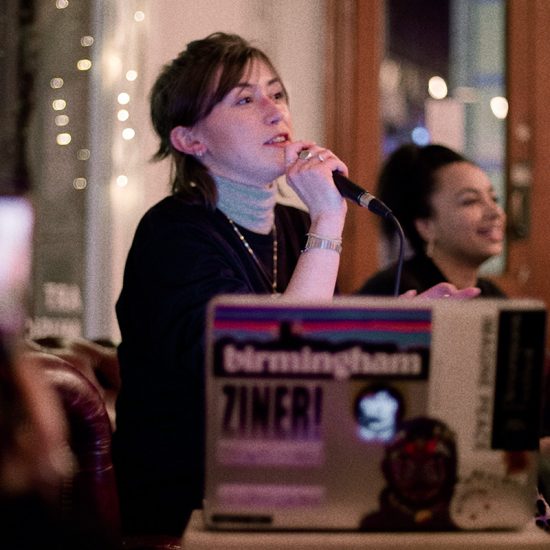 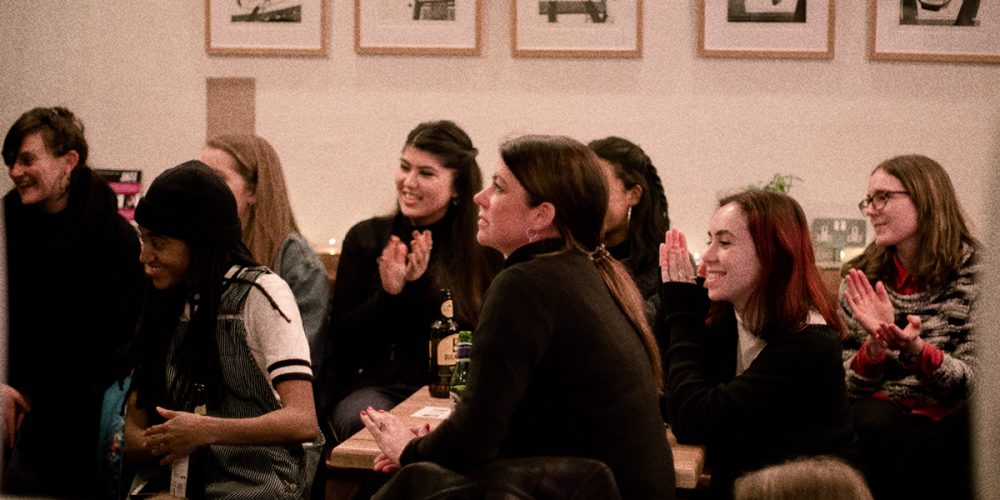 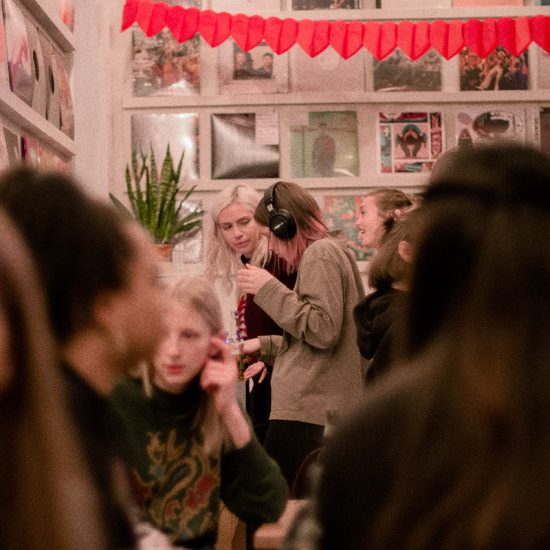